You are here: Home / Archives for OTHER 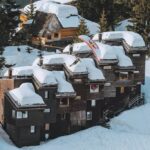 Always known for pushing his limits by combining freestyle and speedriding, Valentin Delluc is back at it again—but this time he’s taking on the deserted alpine resort Avoriaz. From the cables of the chairlifts to barrels, keys and wall rides, the French speedrider uses the empty French Alps resort as his own personal playground to pull off some insane tricks he’s never even … END_OF_DOCUMENT_TOKEN_TO_BE_REPLACED 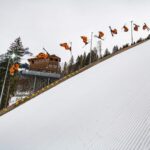 The Swedes skills are pushed to the limits. Will he survive to ride another day? Jesper Tjäder has treated us to some of freeskiing's most mind-blowing videos like "Unrailistic" and "Unrailistic 2.0" with his latest project seeing him wake up to find himself challenged in a dreamlike and quirky Japanese game show. The Swede has earned a reputation as one of the best creative … END_OF_DOCUMENT_TOKEN_TO_BE_REPLACED 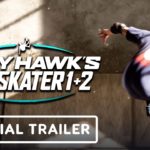 Activision has announced Tony Hawk Pro Skater 1 and 2, a remake/remaster from Crash Bandicoot N. Sane Trilogy developer Vicarious Visions. Compiling the first two THPS games, remade with new graphics but that classic gameplay, the new game will be released on September 4, 2020, for PS4, Xbox One, and PC. THPS 1 and 2 features most of the original soundtrack, the same … END_OF_DOCUMENT_TOKEN_TO_BE_REPLACED

Two boards are better than one 🛹🏄‍♂️

@lizziearmanto shared this mind-blowing footage of

12 year old @kristion_sk8 has been busy in the str