You are here: Home / Archives for Dakota Roche 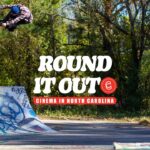 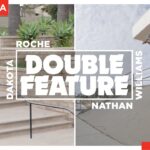 When Nathan Williams or Dakota Roche have a new video, you know it’s a Must See. When they team up for a video, you really know things are going to get crazy. 7 minutes of fresh footy and top tier vibes, Dak and Nathan fire from the sunny streets of SoCal. You already know this is a heater! … END_OF_DOCUMENT_TOKEN_TO_BE_REPLACED 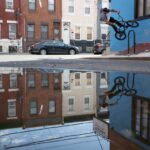 The first time Vans BMX's Dakota Roche had the opportunity to ride Philly was 13 years ago and since then, it’s held a special place in his heart. Although Dak grew up on the west coast, he has always had a love and fascination with the style of spots on the east coast. The grittiness, character and architecture just speaks to BMXers differently then anywhere else in … END_OF_DOCUMENT_TOKEN_TO_BE_REPLACED 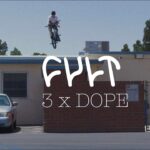 Cult coming through with a fresh banger featuring Dakota Roche, Sean Ricany and Brandon Begin going to work on street spots, pools and more out in California! Filmed and edited by Veesh … END_OF_DOCUMENT_TOKEN_TO_BE_REPLACED