You are here: Home / Archives for downhill skateboarding 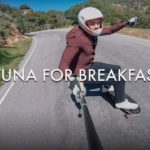 The latest health trend that’s truly making waves in the downhill skateboarding world is “Tuna for Breakfast.” It’s the absolute best way to start your day. Packed with all the fast acting nutrients and long lasting curves to get your day off to a healthy start. Don’t take our word for it, just ask Max Vickers. … END_OF_DOCUMENT_TOKEN_TO_BE_REPLACED 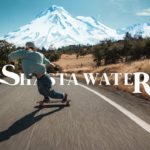 Anyone who has visited the small Northern California town of Mt. Shasta leaves knowing there's something about the water there. The locals tell us it's special and they fill jugs from the source to bring it everywhere they travel. We're not quite sure what makes the water in Shasta so special, but we do think drinking the cold snowmelt that runs off that spiritual mountain … END_OF_DOCUMENT_TOKEN_TO_BE_REPLACED 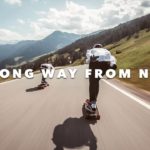 From North Carolina to the European Alps, Josh Neuman made moves last summer. Meeting up with Paris Trucks teammate, Fabian Krebs in Switzerland, the two took hot laps on some of the most breathtaking roads in the world. Film/Edit: Jake Kuick Music: Sports - “You were the right one” … END_OF_DOCUMENT_TOKEN_TO_BE_REPLACED 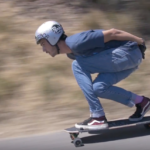 Summer may have come and gone but the vibes are still flowing. Hang onto the warm days and ride along with Danny MacDonald on his new Black & Gold Paris Savants down his favorite golden mountain run. Film/Edit: Alex Colorito Music: Maki Asakawa “Hikkoshi … END_OF_DOCUMENT_TOKEN_TO_BE_REPLACED