You are here: Home / Archives for freeride 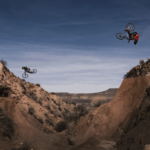 Back at it again! Tom Van Steenbergen and Ethan Nelltake on the harsh Utah desert landscape one more time in the sequel to 2019’s MESA. Utah is still the proving ground for free ride mountain bike riders across the globe. Pushing riders beyond their comfort zone with it's unique landscape; making or breaking dreams. The bar has officially been raised: Get ready for steep … END_OF_DOCUMENT_TOKEN_TO_BE_REPLACED

The world's best freeriders captivated audiences for a 25th edition of the Xtreme Verbier that will be long remembered.  Among one of the strongest rosters in Xtreme Verbier history, the 2021 kings and queens of freeride were crowned today. Due to snow conditions, athletes in all categories started at 3,020m (instead of 3,300m), but that certainly didn't stop them … END_OF_DOCUMENT_TOKEN_TO_BE_REPLACED 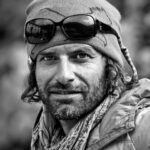 Freeride champion Luca Pandolfi was killed by an avalanche yesterday while splitboarding in the Gran Valley San Bernardo in Valle d’Aosta, Italy. The accident was witnessed by his friend, who was behind him and who was unharmed. In the area there was also another group of three skiers, who were not involved in the detachment. «The mountain for me is a training ground … END_OF_DOCUMENT_TOKEN_TO_BE_REPLACED 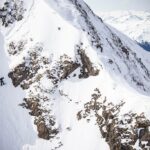 A timely series of storms leading up to the event allowed the world's best freeriders to throw down in stop #3 – Crunch Time – of FWT21.    Athletes held nothing back in Fieberbrunn in what was their last chance to secure their names on the roster for the Xtreme Verbier and next year's FWT22. However, this didn't seem to distract the riders, who showed nerves of … END_OF_DOCUMENT_TOKEN_TO_BE_REPLACED 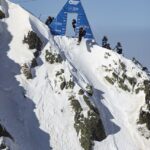 Caked in a new layer of challenging snow, Ordino Arcalís looked like a different venue for the world's best freeriders to continue their quests for the FWT21 crown. With the FWT stop in Hakuba, Japan cancelled this year due to COVID-19 restrictions, athletes got a second crack in Andorra – showing no signs of fatigue after last Friday's masterclass. … END_OF_DOCUMENT_TOKEN_TO_BE_REPLACED