You are here: Home / Archives for kelly slater 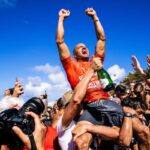 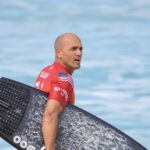 World Surf League events are due in Victoria and WA but federal health minister says position on coronavirus vaccine is ‘pretty clear’ following Novak Djokovic visa saga Surfing great Kelly Slater could be the next big name in sport to be refused the right to compete in Australia, with the federal health minister saying the 11-time champion will not be allowed into the … END_OF_DOCUMENT_TOKEN_TO_BE_REPLACED 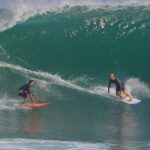 As if watching Kelly Slater thread solid Padang Padang isn't enough pleasure for the eyes, he ups the ante with some tandem tube time with local legend Rizal Tandjung. But they weren't the only ones doubling up where even accomplished surfers come unstuck in solo mode. Betet Merta and Eli Hanneman got in on the act as well. It really is another level and shows just how … END_OF_DOCUMENT_TOKEN_TO_BE_REPLACED 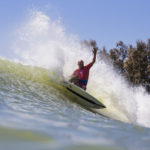 The 2019 Vissla Sydney Surf Pro World Surf League Qualifying Series 6000 event has been bolstered with 11-time WSL Champion Kelly Slater (USA) confirming that he will return to Manly to compete this March. Having competed at Manly Beach a number of times throughout his career, even winning the event in 1997, Slater has a strong affiliation with the Northern Beaches of … END_OF_DOCUMENT_TOKEN_TO_BE_REPLACED 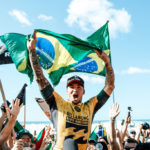 Today, Gabriel Medina (BRA) won the 2018 World Surf League (WSL) Title, claiming a final victory at the  Billabong Pipe Masters in Memory of Andy Irons. Pipeline delivered epic 12-to-15 foot barrels for the final stop on the 2018 World Surf League (WSL) Men's Championship Tour (CT) and final jewel of the Vans Triple Crown of Surfing (VTCS). Medina made history in 2014 as the … END_OF_DOCUMENT_TOKEN_TO_BE_REPLACED