You are here: Home / Archives for mick fanning 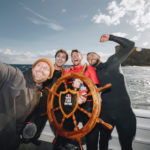 Hawaiian surfer beats elite field at spectacular Shipstern Bluff setting. Hawaii's Nathan Florence chose the spectacular setting of Shipstern Bluff off the Tasmanian coast to win his first big-wave surfing contest at the 2019 edition of Red Bull Cape Fear. Here is all you need to know:- The invitation-only event saw 20 surfers such as Australian … END_OF_DOCUMENT_TOKEN_TO_BE_REPLACED 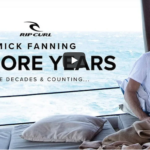 In celebration of 50 Years of Surfing at Rip Curl, the Brand is pleased to announce a lifetime contract with the most important surfer in its company history, 3x World Champion Mick Fanning. After two decades and three World Titles with the company, Mick has signed a 10-year lifetime deal that will usher in the next phase of his career with Rip Curl. "Being a part of … END_OF_DOCUMENT_TOKEN_TO_BE_REPLACED 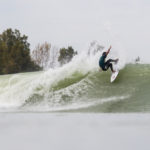 With 30 years' experience making surfboards and a team of riders that includes Mick Fanning, Steph Gilmore, Matt Wilkinson, Owen Wright, Ethan Ewing and Bronte Macaulay, you might think Darren Handley knows all there is to know about making a surfboard. Yet, just as for the surfers, the Surf Ranch provides a new challenge for shapers. After spending a week with his A-team in … END_OF_DOCUMENT_TOKEN_TO_BE_REPLACED 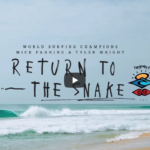 Earlier in the 2018 season, as reigning 2x WSL Champion Tyler Wright campaigned for her third consecutive World Title, Mick Fanning hatched a plan. To help her train for the Surf Ranch Pro, the first-ever World Tour event in a wave pool, he was going to take Tyler to his secret wave… The Snake. Long, flawless barrels breaking right on the sand, eerily similar to the … END_OF_DOCUMENT_TOKEN_TO_BE_REPLACED 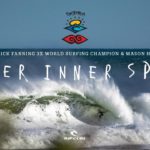 Mick Fanning is jumping out of his skin. It’s taken four days to get here and waking to the sight of six-to-eight foot A-frames unloading right in front of the camp has got the three-time World Champ’s blood at maximum fizz. Looking around, though, we could be in any of a million places. Giant scrubby plateaus stretch for miles softened only by the familiar pink hue of … END_OF_DOCUMENT_TOKEN_TO_BE_REPLACED