You are here: Home / Archives for monster energy 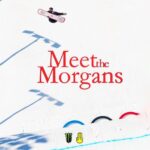 Meet the Morgans Part 2: Olympic Dreams Meet the Morgans is back. With the family’s plans to join Annika in China thwarted by covid regulations how will the Morgans rally behind Annika and show their support? Will Annika achieve Olympic glory for Germany and finally bring honor to her family? Can Ethan find a new direction after failing to make the team? Find out now in … END_OF_DOCUMENT_TOKEN_TO_BE_REPLACED 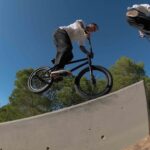 After a year of dropping heavy video parts, winning X Games medals and being crowned “Rider Of The Year”, Felix Prangenberg delivers one hell of an encore performance to end 2021 with a bang. One of the strongest work ethics in BMX, Felix got to work on filming his first Monster Energy part from the day he joined the team. Filmed across Europe during the course of 2021, URGE … END_OF_DOCUMENT_TOKEN_TO_BE_REPLACED 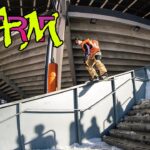 Sit back, strap in and watch the carnage unfold as the snowboard industry descended onto the streets of Innsbruck for one weekend of unrestricted Do-It-Yourself-Xtreme Street Jam madness. On the menu was some of the finest and most progressive snowboard rail wizardry available in the world right now mixed with b-roll party footage and a healthy dose of flame-grilled … END_OF_DOCUMENT_TOKEN_TO_BE_REPLACED 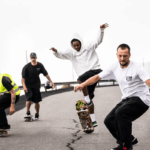 Mirador 2 pushes the boundaries of skateboard filmmaking As the FPV drone catches up with the four figures bombing a hill, the clouds thin, we are dropped into the Mediterranean blue, and it’s time for the Mirador crew to bring us their new perspective on skateboarding. Back in 2020 they pushed the medium of skate filming to the next level with an FPV drone passing through … END_OF_DOCUMENT_TOKEN_TO_BE_REPLACED 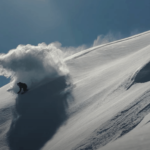 New Zealand has bred two of snowboarding's best all terrain destroyers. CGK & Zoi Synnott portfolio includes a heavy arsenal of tricks but nothing blends their talent and style like backcountry hammers. This is BLUE. … END_OF_DOCUMENT_TOKEN_TO_BE_REPLACED