You are here: Home / Archives for Nitro Snowboards 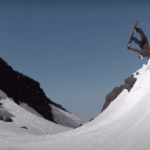 Mount Etna is an active Volcano on the island of Sicily located below the most southern part of Italy's mainland. It is an unknown snowboarding location to many, but Italian Nitro rider Vlad K and Photographer Luca Crivelli teamed up with Filmer Dave from Rome to go on a weekend adventure to explore this unknown snowboard location. They stayed down on the Mediterranean coast … END_OF_DOCUMENT_TOKEN_TO_BE_REPLACED 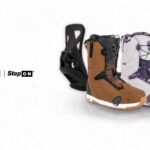 Nitro Snowboards is proud to officially announce that Nitro and Burton have entered a boot licensing partnership for two Step On® compatible boot models, hitting shops in the fall of 2022. The partnership is a testament to Nitro and Burton's common goal to unite the snowboard community and get more people out snowboarding. "We have developed and sold several mechanical … END_OF_DOCUMENT_TOKEN_TO_BE_REPLACED

VÁMONOS presented by Nitro Snowboards Not your average snowboard film. Snowboarders will snowboard, friends will laugh, adventures will inspire, even when things get crazy. This short film is a snapshot of how the Nitro team continued its endless search for powder, rails, parks, friends, laughs, and in-the-moment adventures during this past winter of chaos. The world … END_OF_DOCUMENT_TOKEN_TO_BE_REPLACED 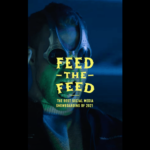 Nitro Snowboards presents a vertical movie showcasing the best of 2021 social media snowboarding. Feed The Feed. This video short film has two purposes. First, it is a highlight reel of the insane snowboarding from the Nitro Team last season and shared directly to social media. Secondly, it is a project to put a focus on the way we consumer snowboarding in 2021. The amount … END_OF_DOCUMENT_TOKEN_TO_BE_REPLACED 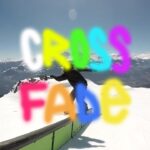