You are here: Home / Archives for World Rookie Tour 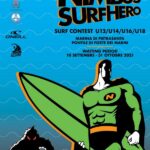 World Rookie Tour, the most important international reference for all young athletes who want to earn a space in the professionalism of action sports, will debut in the world of surfing in 2021 with one of the most important youth events of Italian scene: Nimbus Surf Hero. Snowboard, freeski, skateboard and now also surfing: in 2021 a new adventure starts thanks to the … END_OF_DOCUMENT_TOKEN_TO_BE_REPLACED 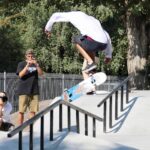 Szentendre Skatepark, 14-15.08.2021, Hungary- REGISTRATIONS AR OPEN -  For the first time in the history, World Rookie Tour skate contest coming to Hungary! From 14th to 15th of August the Rookies have their chance to qualify for the World Rookie Final in Innsbruck, Austria. All the podiums will be qualified. Best Girl and Best Boy will be invited for … END_OF_DOCUMENT_TOKEN_TO_BE_REPLACED 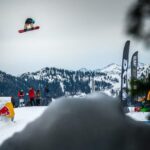 Flachauwinkl hosted the World Rookie Tour for the first time during the last week "Absolute Spring Battle". Snowboarders from all over Europe took the opportunity to ride one of the best park setups in Europe and compete in a Big Air competition. Titles were awarded for the Absolut Park Rookie Fest for the youngsters, at the same time for the Austrian … END_OF_DOCUMENT_TOKEN_TO_BE_REPLACED 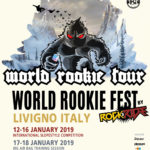 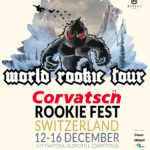 Everything is ready for the first 2018.19 WRT event in the Northern Hemisphere. From the 12th to the 16th of December Rookies and Groms will have the opportunity to compete in the amazing Corvatsch snowpark and to win a qualification spot for the 2019 World Rookie Finals in Kitzsteinhorn, Zell am See-Kaprun, Austria, and prestigious prizes offered by WRT … END_OF_DOCUMENT_TOKEN_TO_BE_REPLACED