You are here: Home / Archives for world surf league 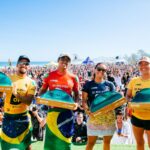 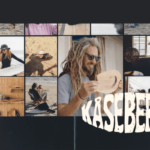 In 2019, the World Surf League (WSL) teamed up with IKEA to better understand the everyday life of people with a mobile and active way of living in close rhythm with the ocean. The result of this collaboration is a collection of practical and beautifully designed products for the home and life on the go. The KÅSEBERGA collection will launch globally in May 2022. "Watching … END_OF_DOCUMENT_TOKEN_TO_BE_REPLACED 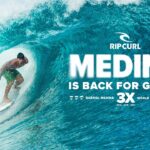 Gabriel Medina has been awarded the Men’s 2022 WSL Season Wildcard, which gives him entry into all Championship Tour events following the Mid-Season Cut. The three-time World Champion who won his third World Title in 2021 will return to the 2022 Championship Tour in time for Stop #6 in G-Land, Indonesia, after taking a health and wellbeing break from the Hawaiian and … END_OF_DOCUMENT_TOKEN_TO_BE_REPLACED 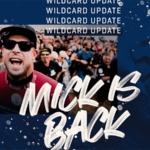 Three-time World Champion Mick Fanning (AUS) has been awarded the event wildcard for the upcoming Rip Curl Pro Bells Beach, the fourth stop on the World Surf League (WSL) 2022 Championship Tour (CT), which holds a competition window from April 10 to April 20, 2022. "Bells is the wildcard I really wanted," Fanning said. "Obviously, I did Narrabeen last year but … END_OF_DOCUMENT_TOKEN_TO_BE_REPLACED 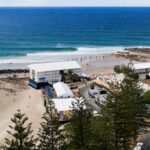 Today, the World Surf League (WSL) released the updated schedule for the 2022 Challenger Series (CS), the ultimate battleground for surfers to showcase their talents for the chance to qualify for the elite Championship Tour (CT). At the conclusion of the Margaret River Pro, the fifth stop on the CT, the all new mid-season cut will reduce the Championship Tour competitors by a … END_OF_DOCUMENT_TOKEN_TO_BE_REPLACED